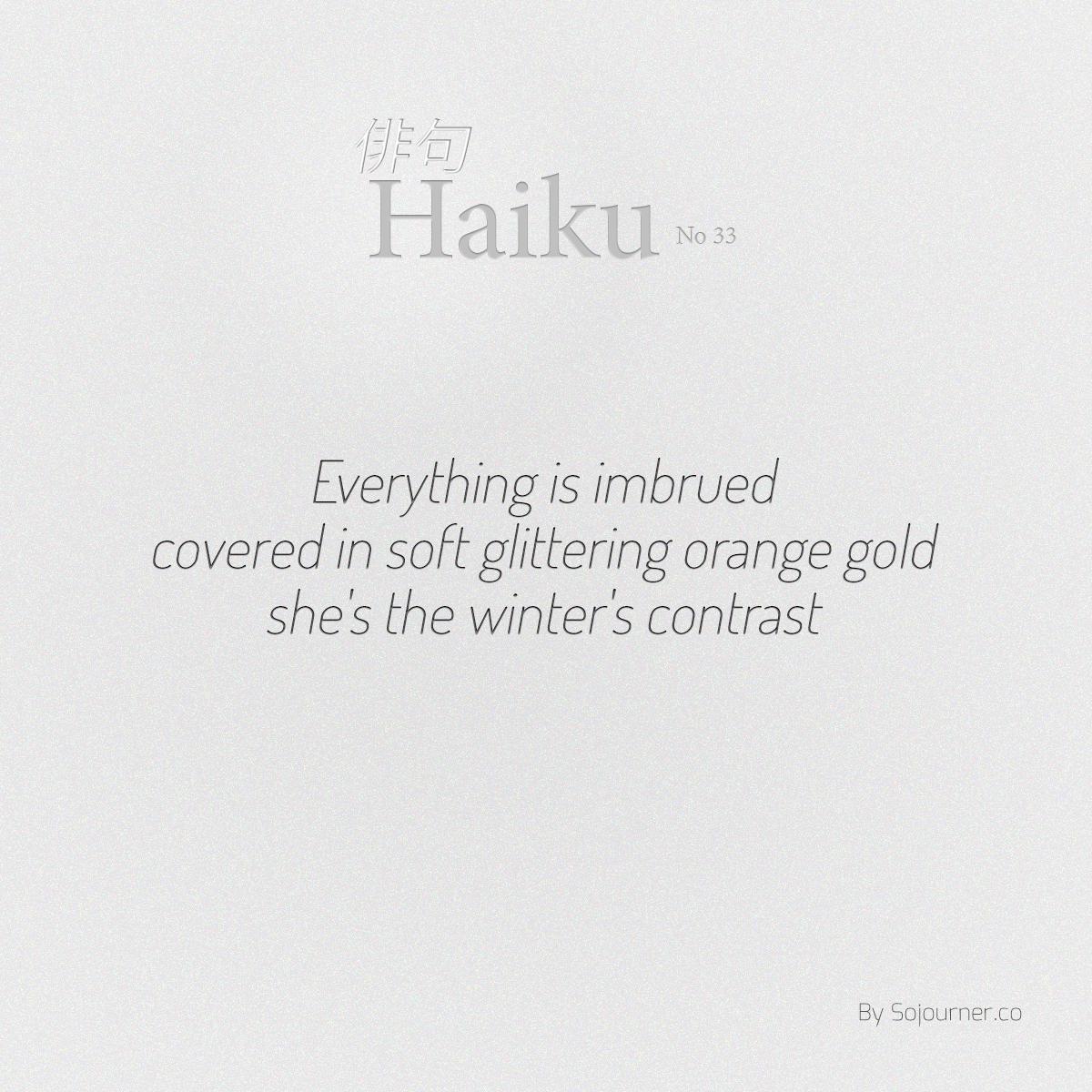 Today’s haiku is inspired by @barasika’s photograph, embedded below.

there are some #sunsets which burns till our bones. like now this #orange. primary sensations,tingly seconds. #mystory, #summer, #walkwithme, #seaside, #greece, #findingbeauty, #kalamaria, #instadaily, #instamood, #iphoneonly

Haiku No. 33 - Winter’s Contrast - by indefiniteloop.com

Up until this one, I’ve been following the 5-7-5 rule for writing haiku in English. Last week I stumbled upon NaHaiWriMo, and their ‘Why “No 5-7-5”?’ post.

Coming back to what’s so special about Haiku no. 33 - I’ve abandoned the idea of 5-7-5. Maybe forever, maybe not. I am going to give writing haiku without rules a whirl. The below haiku marks the start of this experiment.