Awesomely Informative Infographic About How To Pick Your First Programming Language.

A lot of programmers get this one question thrown at them by a lot of people who want to start learning to code.

If you’re someone who wants to start learning, but doesn’t know which programming language to pick, and how, then this post is for you!

The best advice any experienced programmer would give you is to just dive in - pick a language, and start writing code. The below infographic1 is awesome, because it helps you out with one crucial part of the equation - the reason behind learning a particular language first.

The infographic is essentially a flow chart that leads you to pick one of the many programming languages out there based on the reasons for your want to learn to code. I loved the fact that it simplified the process for someone looking to pick up a language, but didn’t know where to start.

The infographic also has a second part to it. A fun analogy from The Lord of The Rings to Programming Languages. May be you should let that analogy decide for you, based on your favorite character(s)?

Whatever you do - Dive in. Pick a language, and start writing code. Doesn’t really matter much which language, as long as you start learning the core concepts involved with writing code, and in general - programming languages.

Enjoy the infographic! Hope this helps you out with your decision. 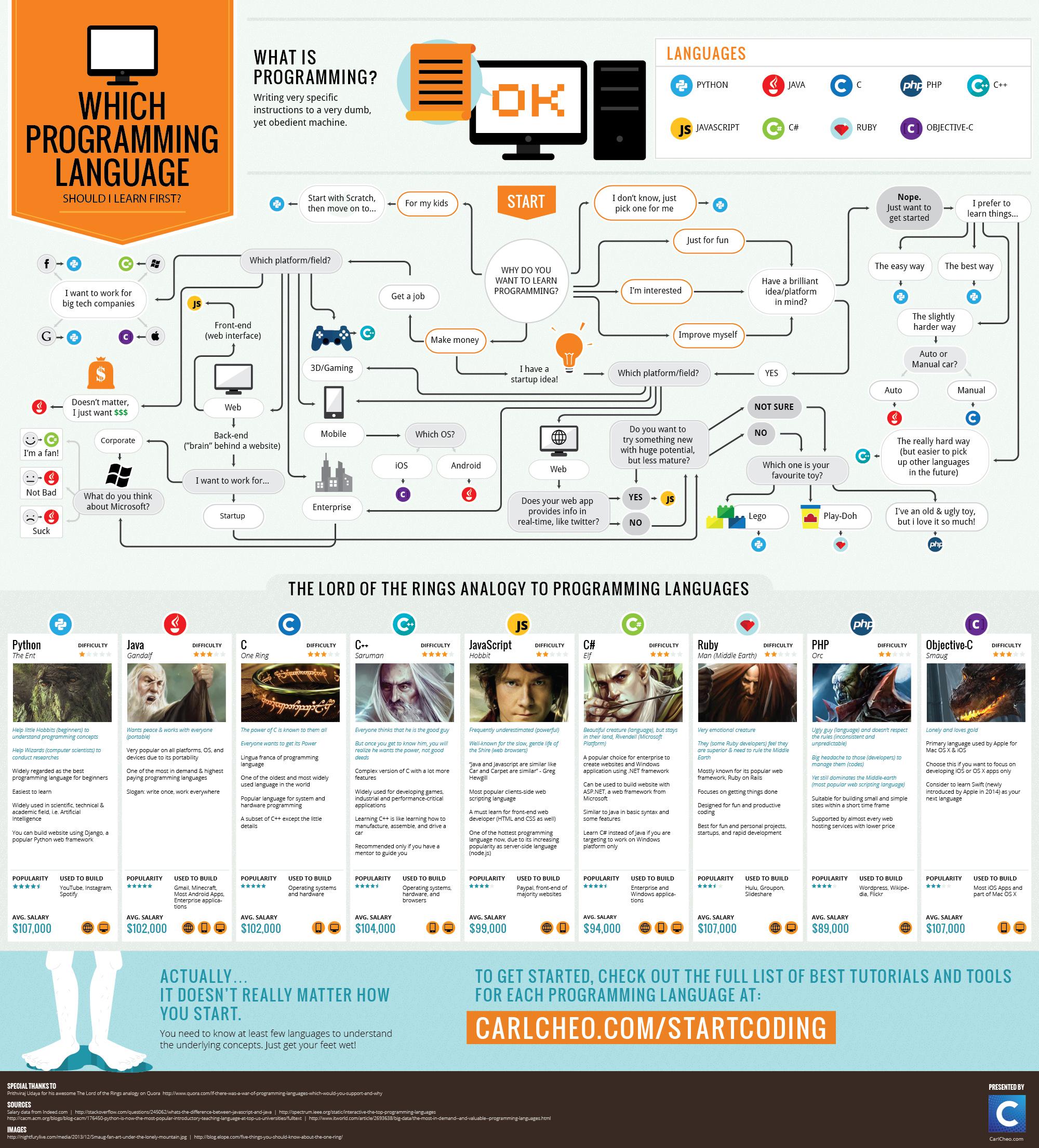 Which Programming Language Should I Learn First? [Infographic]

If you know of any resources like this one, above, do let me know.