I am starting with a new series of podcasts called People talk It's about people; people who've inspired, people who've made me curious or anyone really, with whom I can have a conversation with.

So this was totally random, and completely out of the blue. I was planning on starting a podcast series about people - the keyword here being “planning”. Most of that planning was just that - plans. Nothing concrete had been done on my end to actually start recording, or inviting people, or anything at all for that matter.

The only thing I knew about this podcast series, was that I wanted to talk to people. Talk to people who inspire me, who make me curious, who are confident, and blunt. I was planning to make a list of people; people I know of, who do things differently, who do crazy things, who live a different life, people who inspire others by just being themselves, and ultimately people who I can talk to about themselves, about life, and about nothing in general.

But keeping true to my plans, of not having any with respect to any goals, milestones or anything of the sort this year, I found myself jumping at the chance of having a conversation with Alefiyah, and Asma.

Asma & Alefiyah are sisters. They’re doing completely different things, for different reasons, and having different point of views to share with anyone who’s listening. Thus came to be the first ever podcast that I’ve ever done.

The podcast series is going to be called - “People Talk”. It’s going to be about people, their stories, ideas, and everything that makes them who they’re.

As to why I am doing this, it’s because I am curious about people. It’s because I thought this podcast series could be a platform for people on this “show” or series to reach out to others, whoever is listening out there. It could be a platform where others who’re listening could reach out to the people who’ll be talking with me, in this series. Finally, it’s about creating connections, and spreading the love. 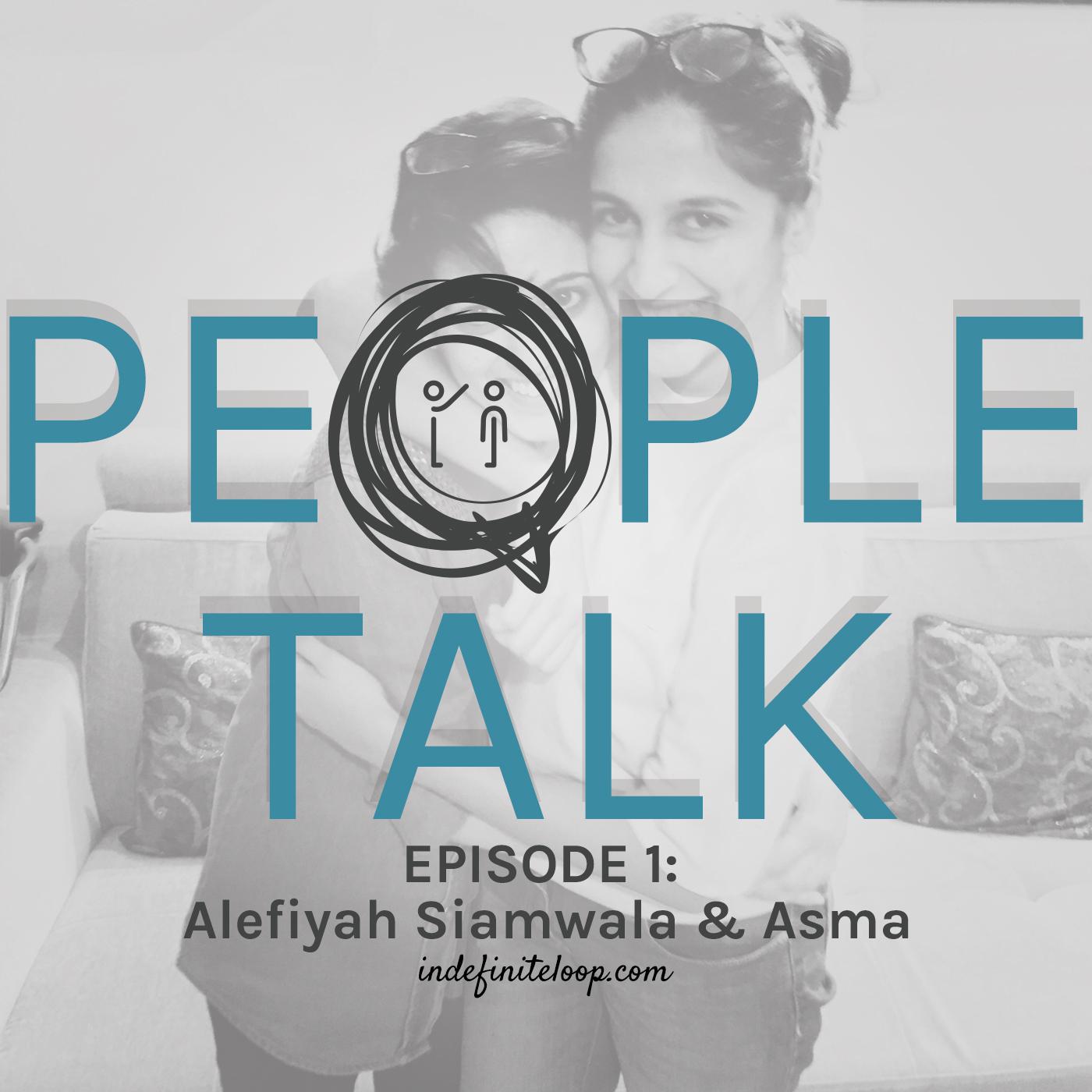 The first ever podcast that I’ve ever done, is where I converse with two sisters about their current life, passions, interests, and everything in the middle.

Asma is currently traveling around the world. Her goal is travel the seven continents, before she turns 31. Travel the seven continents with limited finances, often depending upon strangers that she meets to help her on her ways. She’s almost done with her travels, with the last continent remaining. While she was in India, I had the chance to chat her up thanks to Alefiyah - who’s my yoga instructor.

Alefiyah Siamwala is a photographer, a blogger, co-founder of threads and stones - a fashion accessory ecommerce shop, a yoga instructor, a corporate trainer, and has a degree in clinical psychology.

Asma blogs over at onewomanempowered.blogspot.com, and Alefiyah has just started writing her story at TrendsAndTrails.com.

Alefiyah can be reached via her blog, or via her Instagram.

If you would like to know about, connect with, and/or reach out to more of these beautiful people, subscribe to the podcast on iTunes.