People are filled with creativity. How it materialises, and is made real is a matter of their choices, or the lack there of. Having grappled, and still grappling with the idea of creating things on a whim is more often than not, daunting. For I’ve tons of ideas that I could work on, and get creative, but what I seem to lack is the time, or energy to learn all that will be needed to learn to make those ideas happen.

Well every now, and then there comes along something so awe inspiring, intimidating at times, interesting to say the least, and just plain old only the awesomest motivating force in the form of art, science, sheer willpower, and someone else’s creativity that you’ve to let of go of everything you’re doing, and pay attention to it. You cannot seem to escape the draw of the sheer ingenuity, and the whole process behind whatever it’s that baited you in. It’s too much at times. You look at it, and it fuels your inner child. The one which wants to drop everything, and start creating, or working on all those ideas of creativeness that you’ve harboured for so long. One which pushes you off that cliff. AND, /u/smashcuts’s DIY Overhead Control Panel is one such piece of art.

It’s a completely functional control panel that does a shit load of cool. It has 100 programmable buttons, and switches. A subsection starts, or shuts down different programs that he uses the most. OS shortcuts are now buttons, and switches - including open, save, close, etc. There’s an iTunes controller, and so much more. 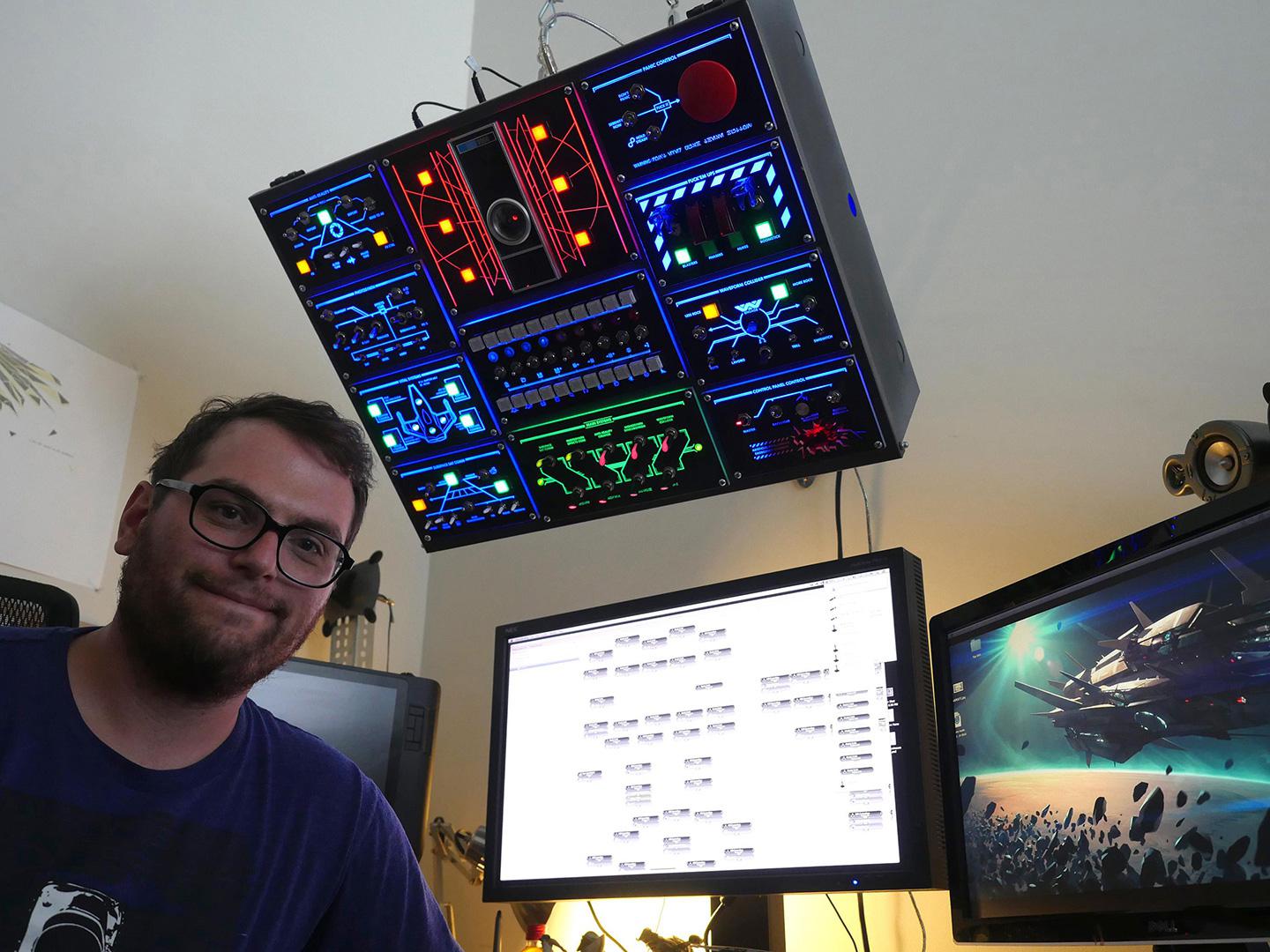 That's /r/smashcuts, and his DIY panel. 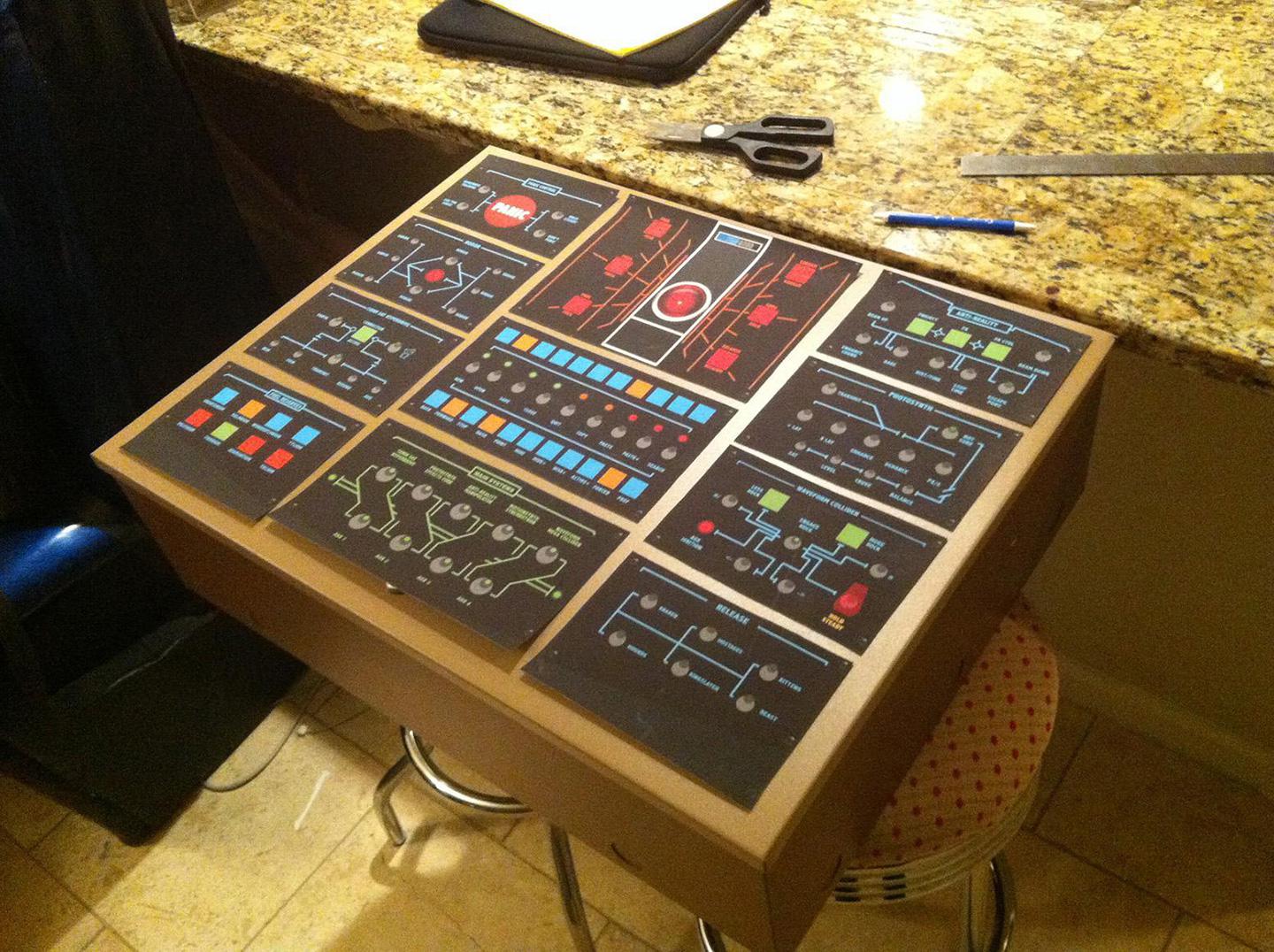 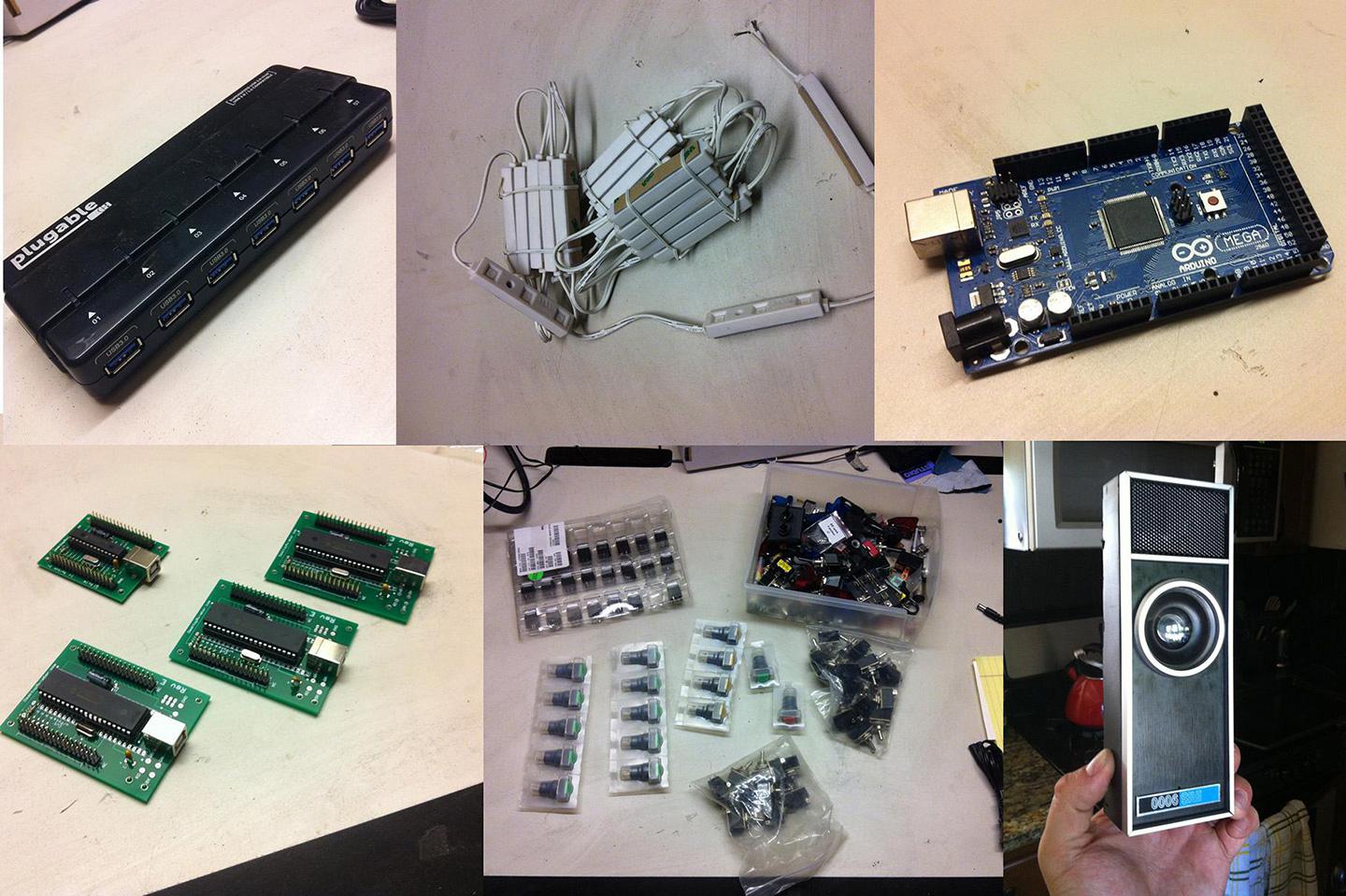 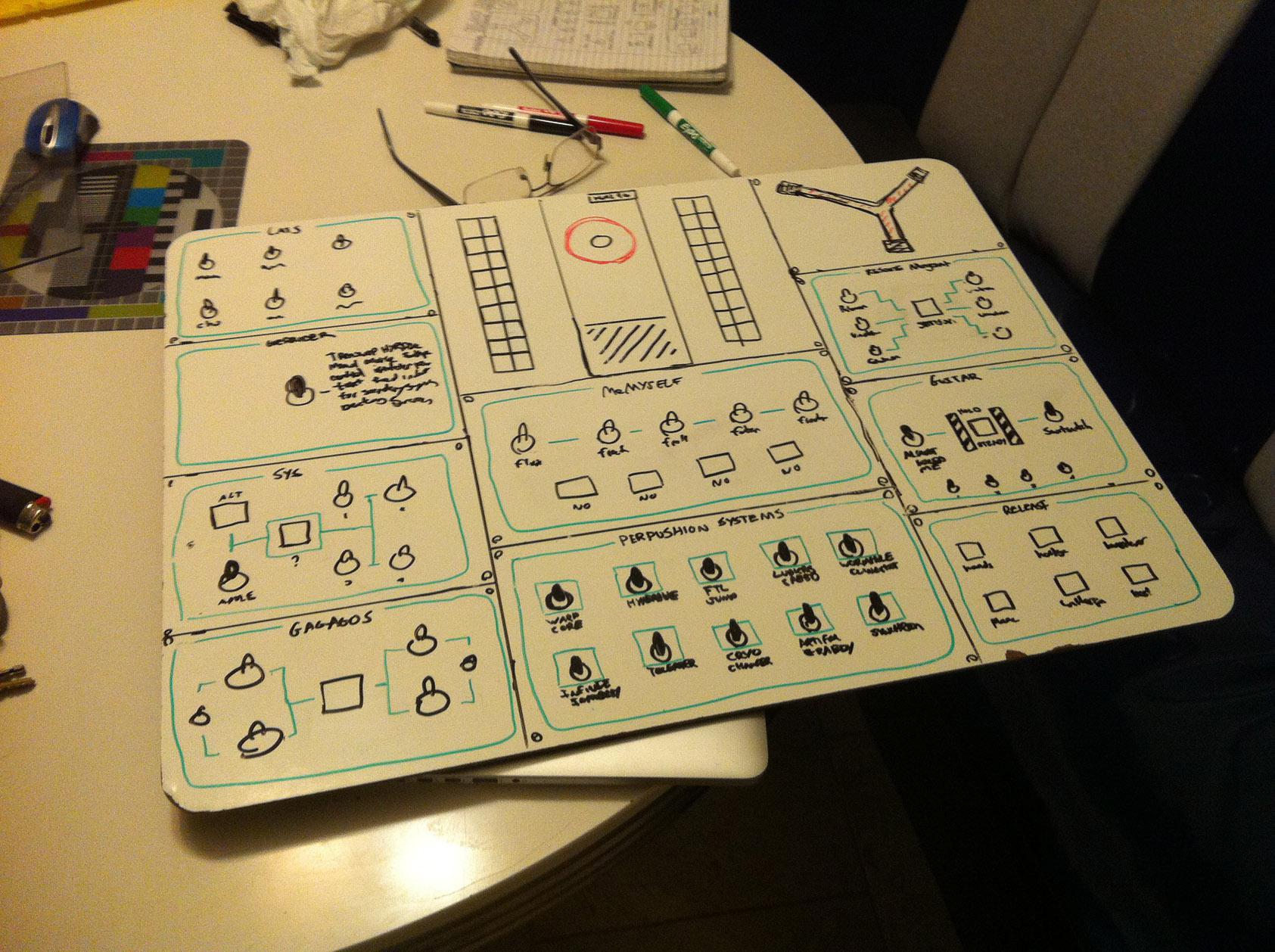 The parts. Including the HAL unit from ThinkGeek. 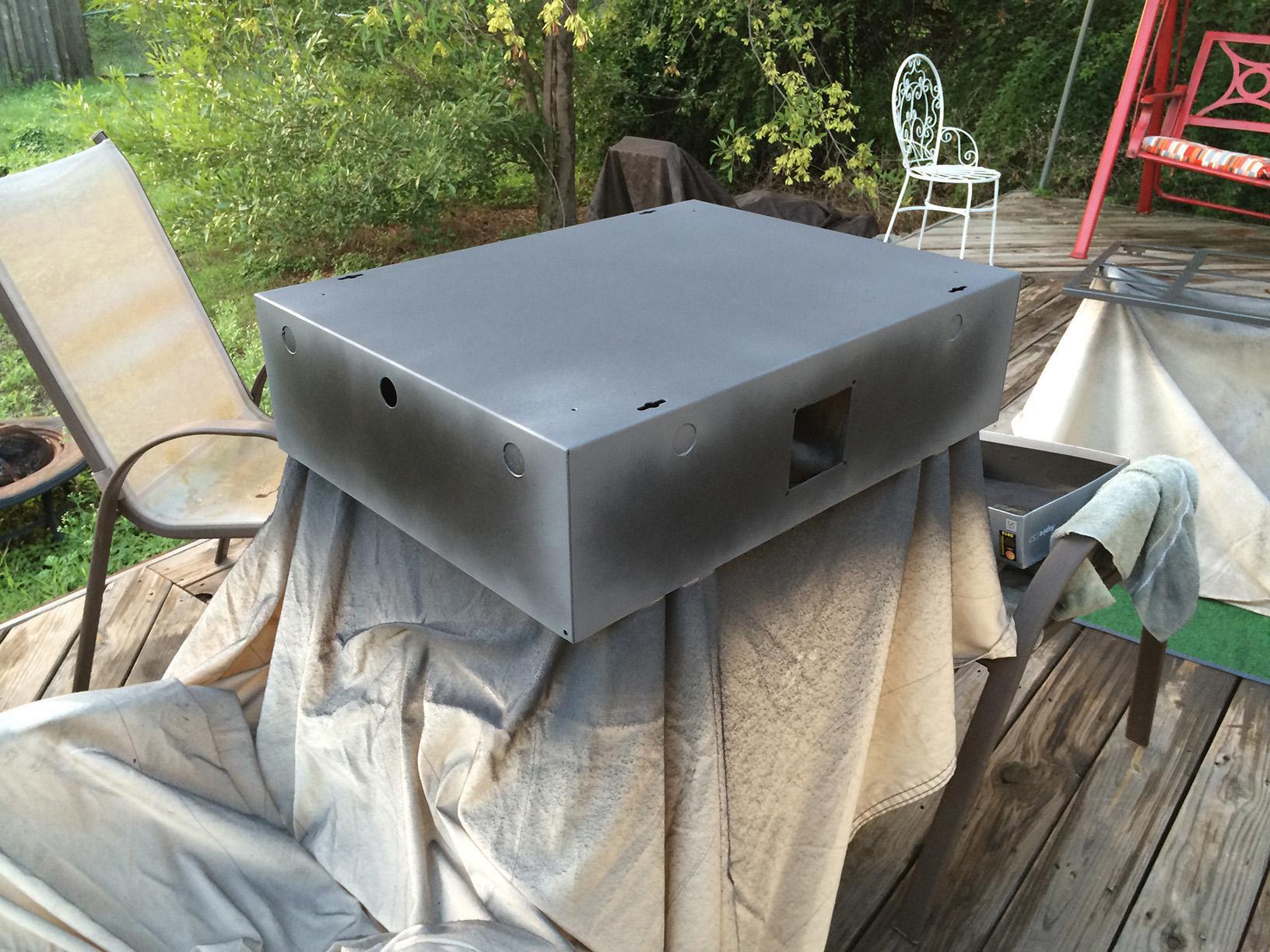 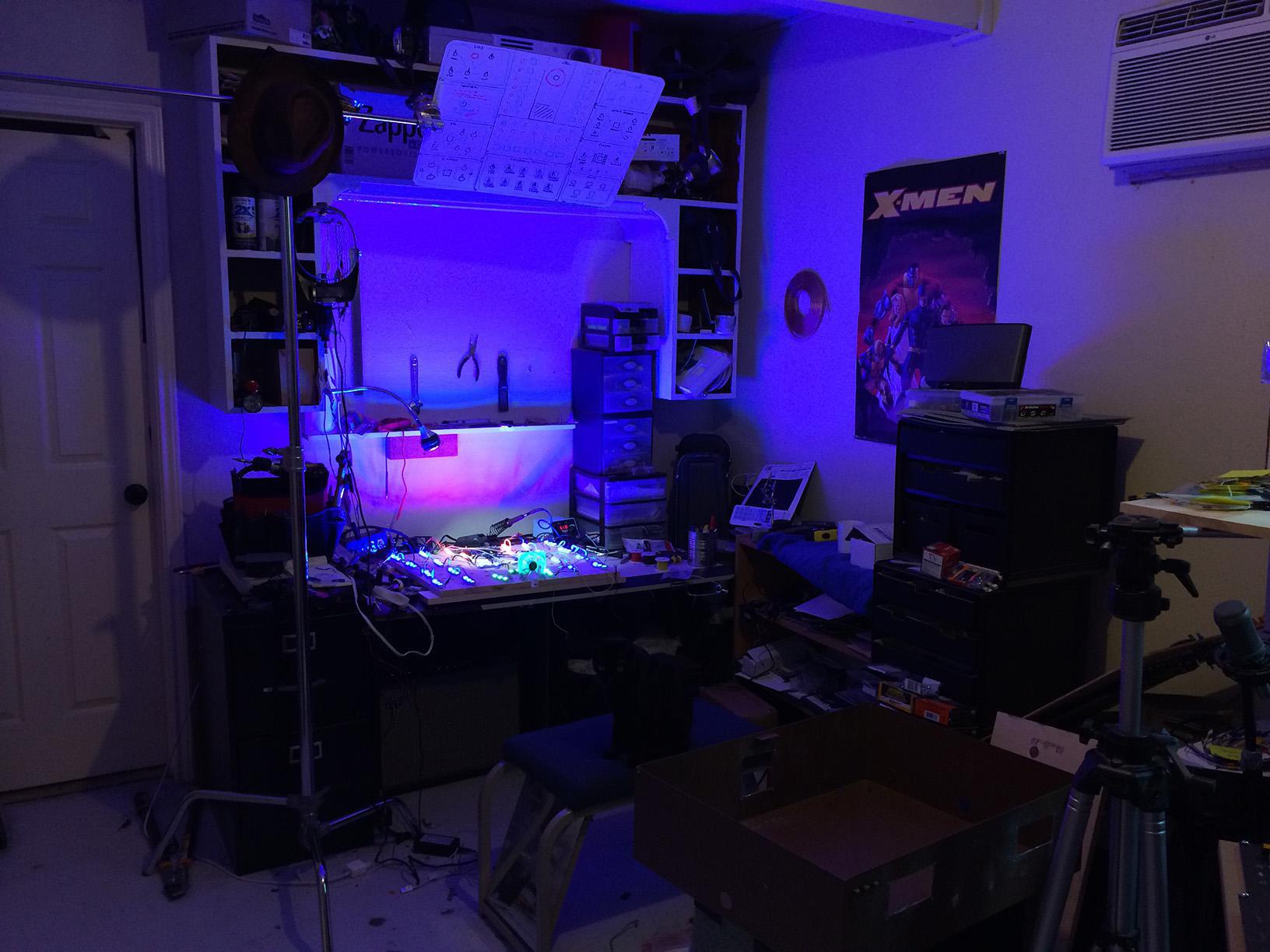 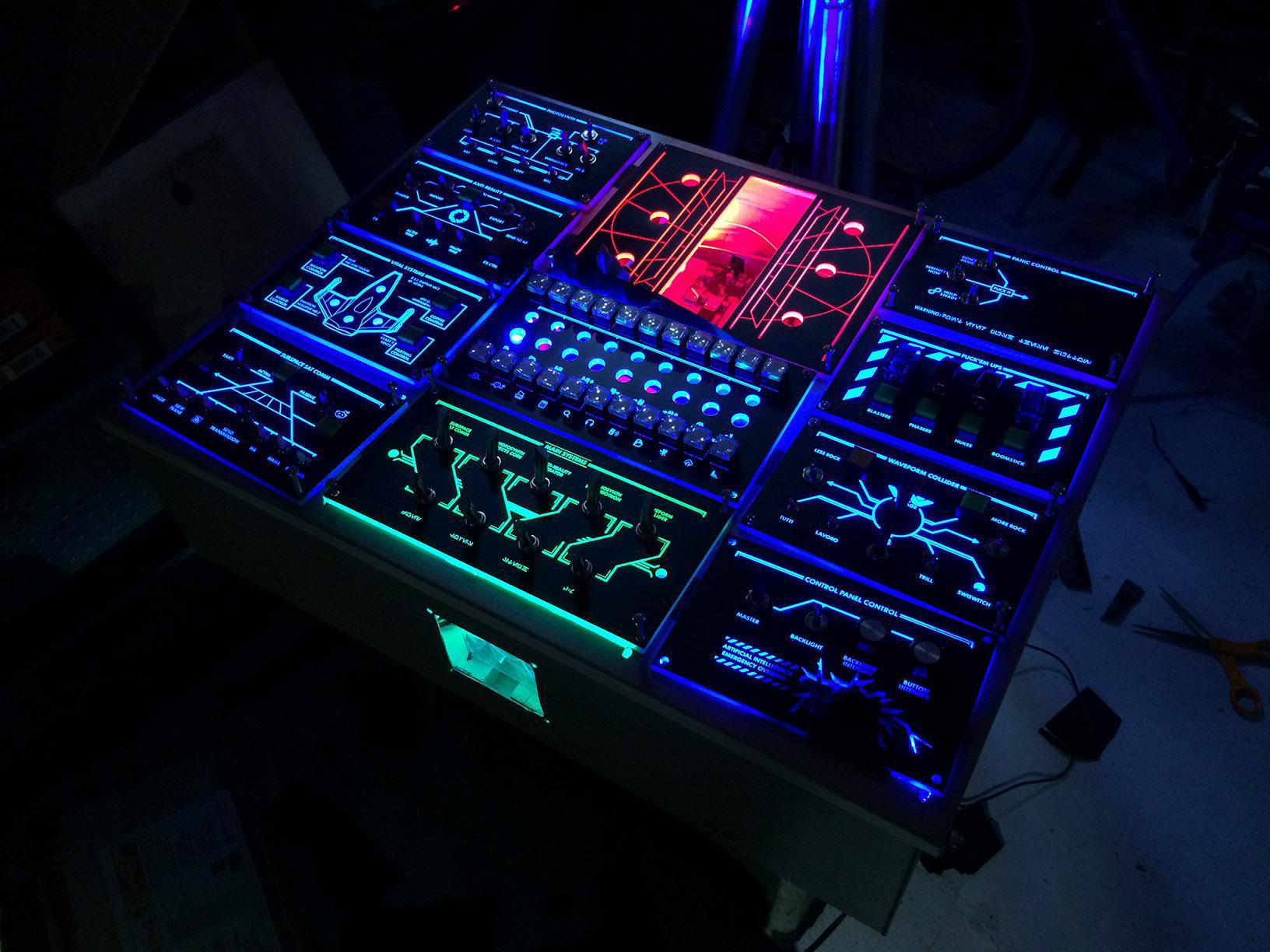 These buttons, and switches are mostly shortcuts like Save, Open, etc. 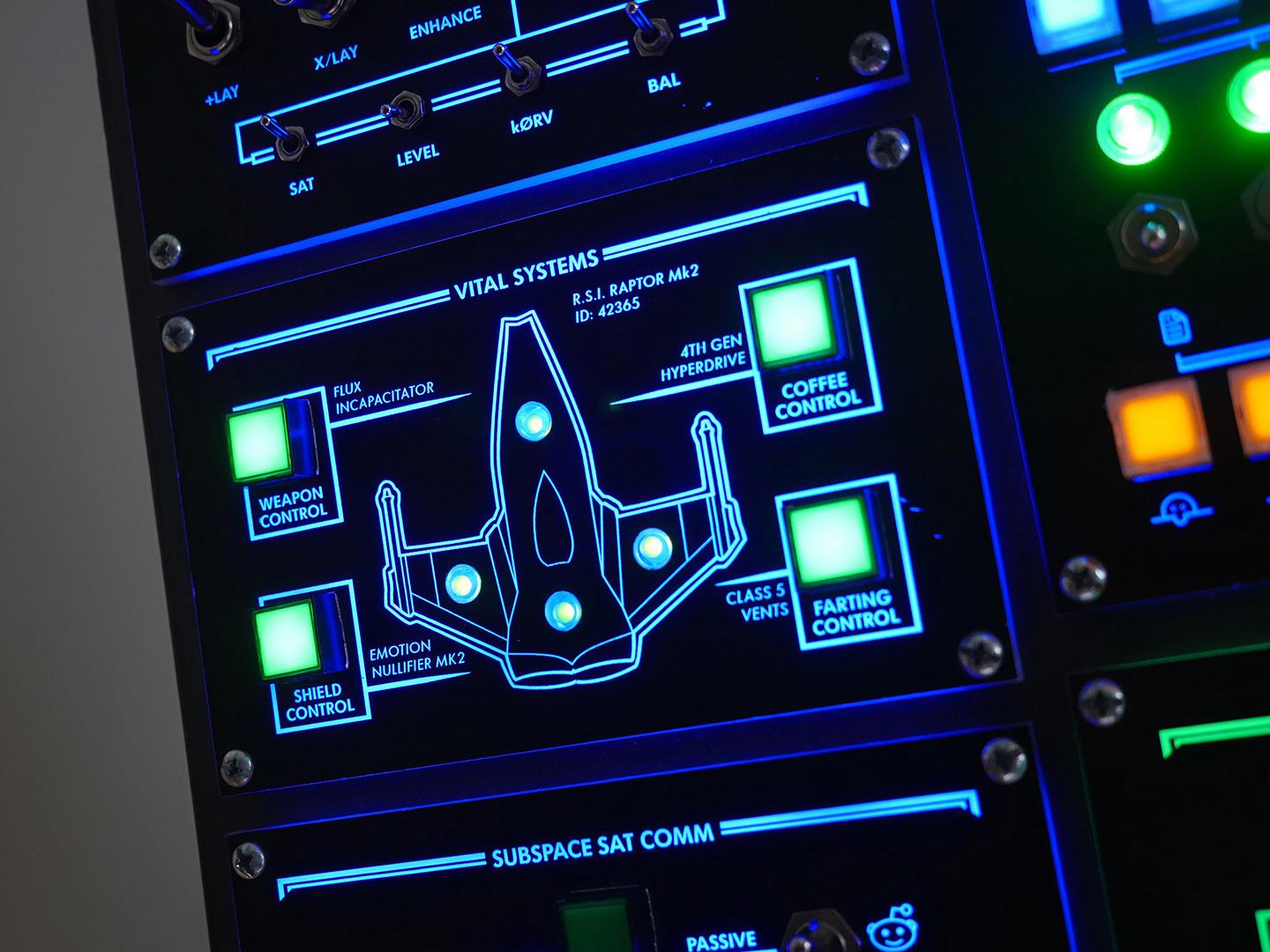 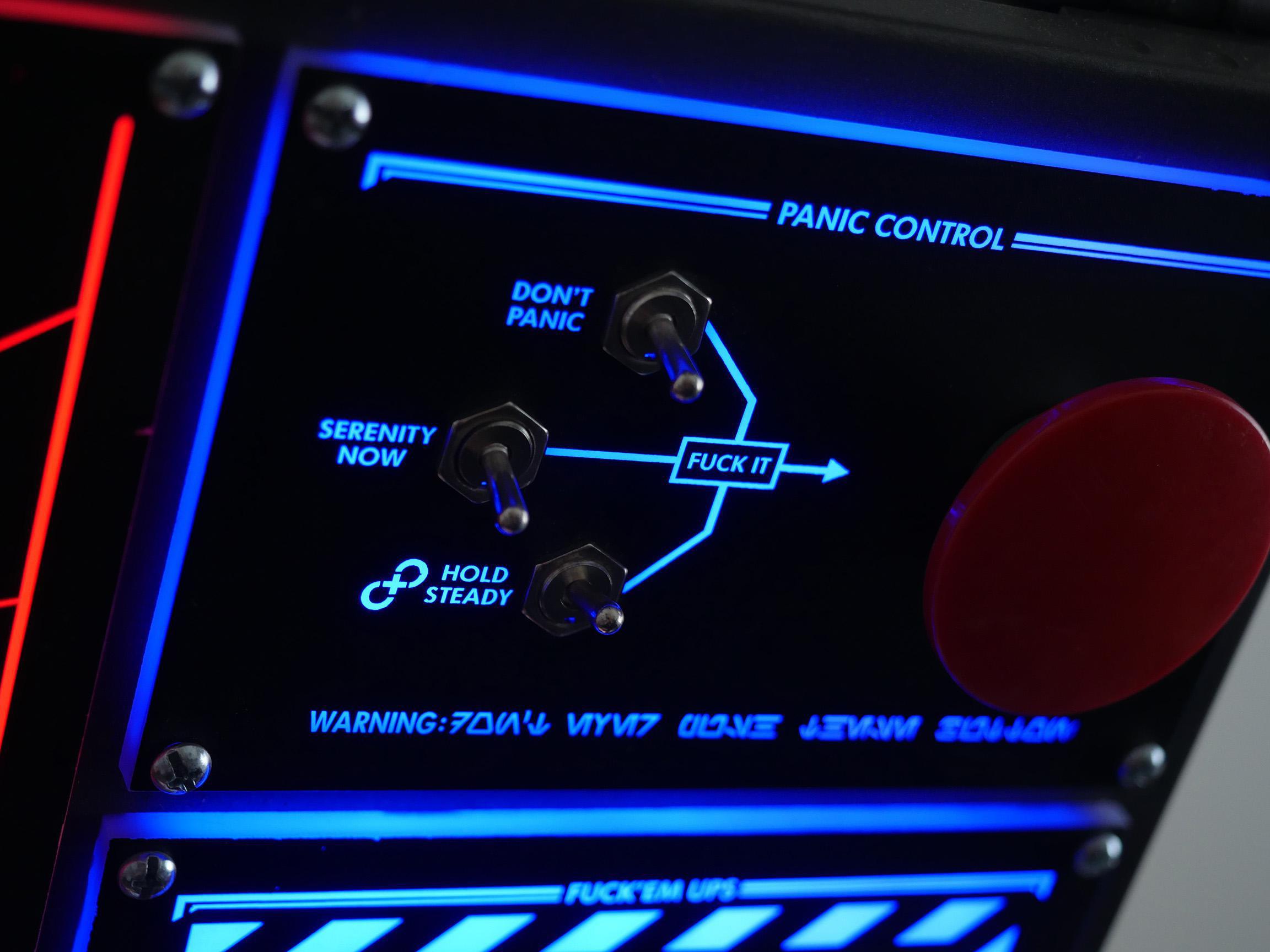 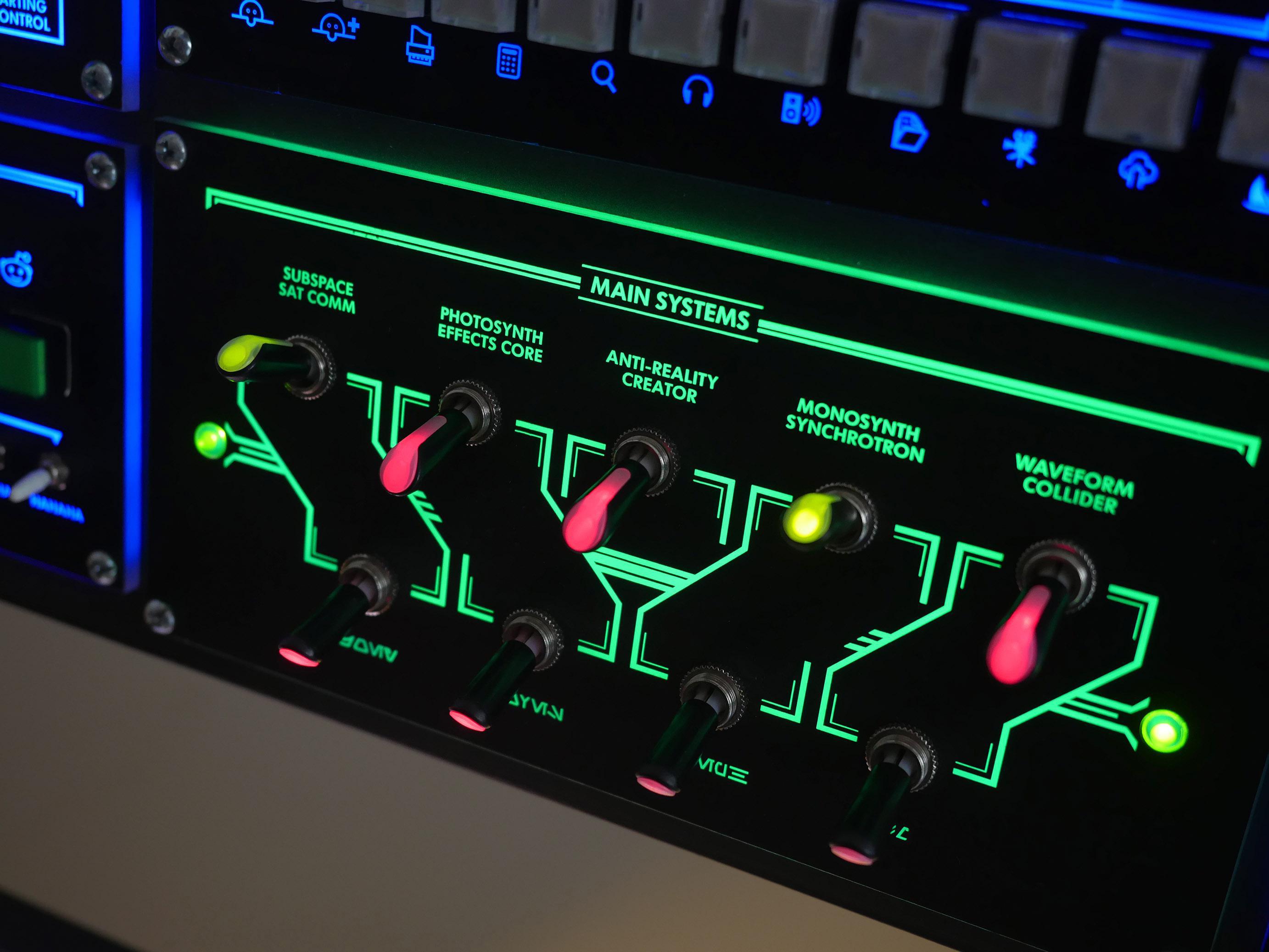 This section turns on multiple programs. 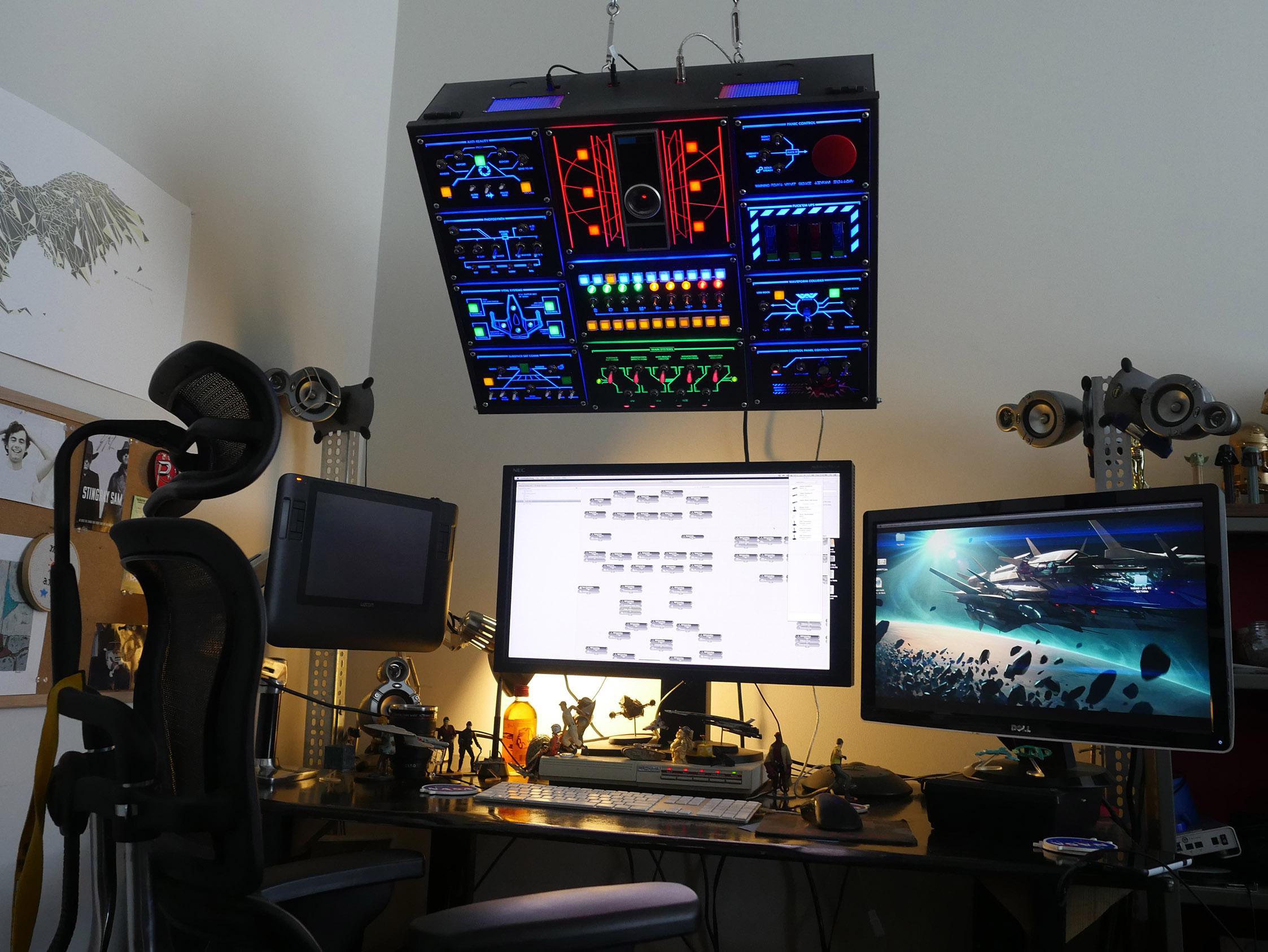 It’s intimidating, and awe inspiring. Looking at what he did with the control panel, you cannot but just keep looking at it. While it keeps fuelling you back. Urging you to get out of that chair, and start creating.

Found this on the /r/DIY subreddit. All images belong to /u/smashcuts. See the original post for more images, and descriptions.