Good fellow, Xavier Tobin , has released a small instructional pdf that tells you, how you could make an Android app. It tells you how you can do so, without any prior coding experience. Xavier Tobin, released his first app when he was 15 and, it has had over 70,000 downloads! If he can do it, so can you!

Android is a mobile operating system (OS) based on the Linux kernel and currently developed by Google.

Xavier Tobin, is a 17 year old student from Melbourne, Australia with a keen interest in technology and Android in particular.

The PDF, is a small, 19 page tutorial. It starts by explaining what Java is and, how you can use Android Studio , to create android apps. The tutorial contains all the resources and, instructions you will need to develop and test your android app.

Java is a general-purpose computer programming language that is concurrent, class-based, object-oriented, and specifically designed to have as few implementation dependencies as possible.

Android Studio is the official Android IDE, by Google. 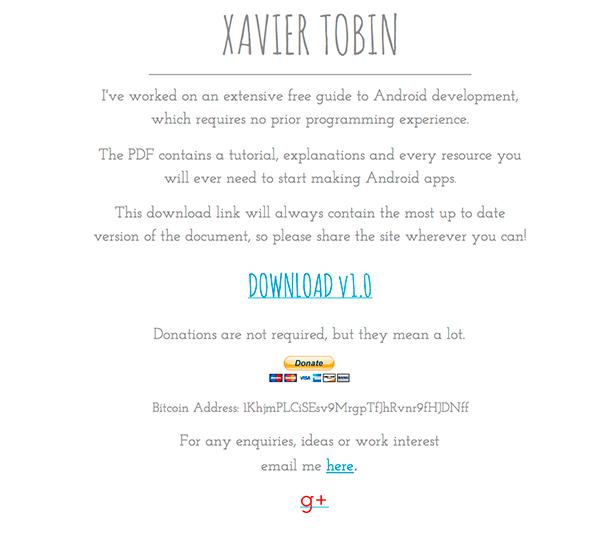 What I like about this PDF, is the fact that it gets straight to the point. From the onset of page 3, you start learning while you make your first Android app. He walks you through a simple quote app. The instructional voice, is well formatted and, to the point. The PDF contains a small write-up on debugging too.

Thanks Frivolewis, for sending me the link to his tutorial!

The "Making an Android App" PDF contains all the instructions, resources and, tutorials you will need to get your first app out there!