I've been wanting, and waiting to get Rahul to talk about his art, design, and the his design process in general. I also wanted to know more about how the design of Daily Write came to be. This podcast is all about Rahul, his work, his art, his design process, and his thoughts on it all.

Rahul Lewis has been a friend for more than ten whole years now. He’s an artist, more than a designer. And, that’s exactly why I love his work, and his way of creating, and coming up designs. He’s also the design half of Appathetic Studios, and a business parter in more than one venture.

He’s the one that keeps me grounded, a tough job that. (A tough job no, Rahul?).

Apart from being a friend, and the designer half of Appathetic Studios, he’s also a VFX artist, a painter, and a musician of sorts.

It’s been a year, and some change since we launched Daily Write on the iOS store. And, it’s been quite a ride. One of the days, while we both were working on this app, that I will never forget is the one when Rahul’s design was translated into the app on the phone, and moment when he laid his eyes on the app, it was a clear that something had punched him. Much like a left punch to the gut; the good kind, the awe-filled kind. And, since that day I’ve been wanting to ask Rahul to do something like this podcast with me. I wanted to understand what was/is his design process, and his thoughts while creating a design for the app. I wanted to know his process, his ideas, and how he perceives design in general. This last week, I got to do just that. And, the result is today’s podcast episode.

In episode 4, Rahul & I chat about design, logo, art, painting, VFX, and his relationship with his work, Daily Write, and Appathetic Studios. 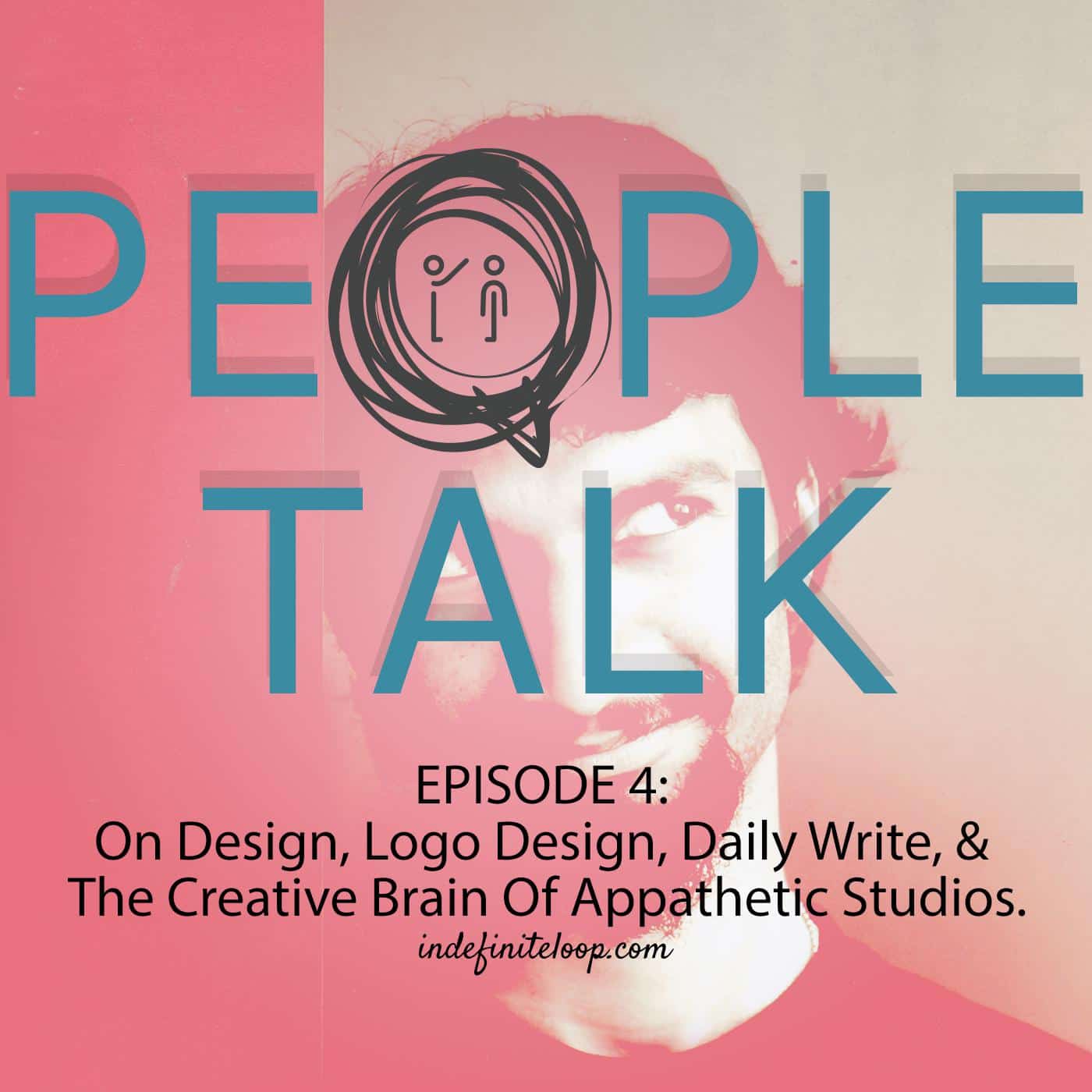 PS: Do note that there’s some noise in this podcast. As all the podcast in the People Talk series are recorded from an iPhone.

Previously, by which I mean about a couple of years back, I would sometimes wonder why was I inclined to the design bit of things; sometimes even more than the execution of things or languages or writing code. The answer was staring at my face, in the form of this question.

Logos, and brand symbols are so much, much more than just design. They’re, as I like to see them, a part of a language; a language older than that of words, and more wide spread than sound of the living. Branding, and symbols are a part of evolution too, in the communication sense. They have had the power to communicate a thought or an idea faster than words or sounds. Imaginations then become a part of this language of symbols or brands; imagination becomes a part of communication. There’s just so much more to a logo, brand, symbol or a sign. That’s is why, I am so inclined towards it. Besides, it keeps the creative gears going.

Branding, symbols, signs, and their design or design as a whole, being a part of the communication medium of language, is why I am drawn to design in general.

If you like where this podcast series is going, please do subscriber by clicking on one of the buttons below.