How do neurons know which locations to create synapses at, in your brain? How do neurons connect to each other? Oh just some of the questions that the Blue Brain Project has new insights, and maybe answers to.

The Blue Brain Project is a tremendously huge undertaking. The goal of the project is to be able to accurately build digital replicas of a rodent’s brain, at first. Ultimately the goal being that of building a biologically detailed reconstruction of the human brain. These replicas, or reconstructions are then used to simulate the way the brain works, and functions in all it’s glory, using super computers. The research strategy involves data sets derived from experimental data - like injecting ink into neuron cells to trace their shape, and then later on tracing the interaction between two such cells. This strategy used with some crazy algorithms then allows these super computers to chart out the brain at an unprecedented level without measuring the multiple levels involved in it’s organisation - like molecules, chemistry, micro circuits, etc.

The simulations created by the super computers then allow the researchers, and scientists to better understand the brain, and at the same time provide tools that let them study the complex interactions that take place between the many different parts of our brain.

No matter how far we’ve come in terms of understanding ourselves from within, and understanding all that’s there without - It’s still not enough. Yes, we do know more about our brains now, than we used to say 40 years ago. But that doesn’t mean we do know everything about it. There’s so much that’s left to discover, within and without. And projects like the Blue Brain Project, and Institutions like CERN, EPFL, etc. are spear heading all of these discoveries, and projects.

Understanding how our brains function is vital. It’s so important to know what gives us our emotions, and what generates all those thoughts, and what makes us all humans. The practical applications in the field of medicine research are limitless to say the least - Cure for diseases like Alzheimer, treatments for personality disorders are just some of the results that may be observed once we begin to understand how our brains work. I say ‘begin’ in the previous sentence because where we are at with respect to learning about our brains, is at square one or maybe two. A brain, even that of a rodents is so complex that we don’t have the tools right now to exhaustively measure, and observe everything, and observe every interaction within it. Just the basic understanding of how it all fits together, at this point in time is elusive to say the least.

Precisely a challenge for science, and the awesome folk working on this project, and the HBP!

So, How Do Neurons Really Grow? How Do They Decide Which “Other” Neurons to Synapse With? 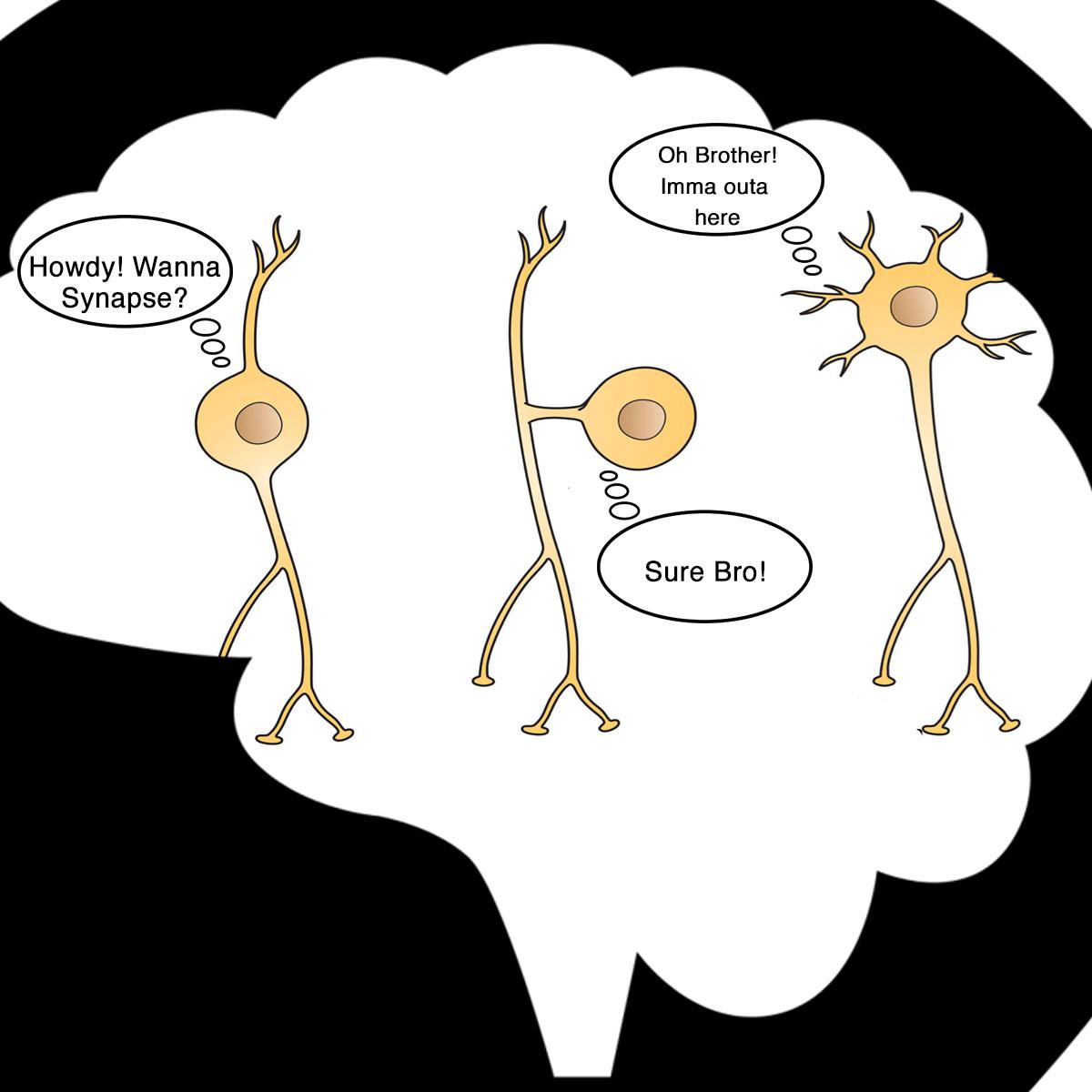 Did you know that there’s no specific pattern of how neurons grow within our brains? No, well know you do! They connect randomly, they grow randomly - creating patterns, and pathways for synapses while doing so.

Watch the video embedded below for a detailed explanation on those two questions!

How do neurons connect to each others? Blue Brain Project opens new insights.

The BBP is now the simulation core behind the HBP.

It may be that these projects have their own problems, and controversies 1, but that doesn’t mean that there’s nothing to look forward to in terms of discoveries. The amount of sheer work, and research involved requires the innovation of new technologies to handle the data, in a way it can be used in these projects. For, e.g. IBM gave a discount to the EPFL (agency involved with both of these projects) to buy the Blue Gene computer, because at that stage it was still a prototype, and IBM was interested in exploring how it would perform. BBP was viewed as a validation by IBM, for Blue Gene supercomputer concept.

BRAIN Initiative is the U.S’s version of the European HBP.

Where Are These Projects At?

Here are some videos that demonstrate what has been achieved, so far.

The below embedded video is from the Human Brain Project & the Blue Brain Project. The video demonstrates the first step taken towards building a virtual mouse, by inserting a simulated virtual mouse brain, into a simulated mouse body. The result is a direct effect of the HBP, and the BBP findings, and researchers working in tandem.

A Simulated Mouse Brain in a Virtual Mouse Body

Credit: The images here are copyrighted by the EPFL, BBP, and HBP. I take no ownership of the images, and videos embedded in this post!

The Blue Brain Project is an attempt to create a synthetic brain by reverse-engineering mammalian brain circuitry.</a>

A neuron is an electrically excitable cell that processes and transmits information through electrical and chemical signals. These signals between neurons occur via synapses, specialized connections with other cells.